What, may I ask, is up with all the ladybugs?

They buzz around my lights and scare me half to death when I catch one out of the corner of my eye.

They have infiltrated my house. And made an attempt toward my body.

I kid you not.... one landed on my bare behind yesterday.

Fresh from my shower and wearing just a towel, I bent to get a sock off the bathroom floor. Suddenly and without warning I felt something tap my butt...I swiped at the source and didn't care one nanosecond when the culprit hit the ground with a click.

The little bugger went turtle on me and drew its thread thin legs tight into its shell, it rolled back and forth a couple of times and then it appeared dead.

The bug faked his own death for as soon as I turned my interest away from it and toward a two inch long chin hair turtlebug righted herself and hit the road.

Daddio (who wouldn't hurt a flea) hollers at me when I kill any bug...but if he thinks that I'm going to waste precious time trying to coax the bug onto a tissue and then run it outside toward freedom he has gruel for brains.

On that rare occasion that I was able to scoop one up I was rewarded with some yellow stuff on my hand. I always assumed it was poop (scared shitless) until one of the "know it all" kids at work told me that it was blood.

So that's why the cat won't eat them.

In ancient times, ladybugs were one of the indicators of good fortune and a bountiful harvest.


Hiding on the side of my mouse. 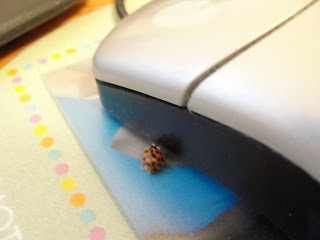 On the kid's clothes. 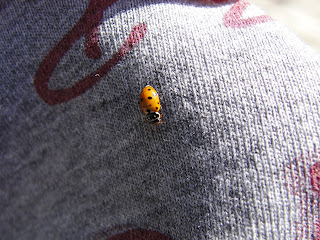 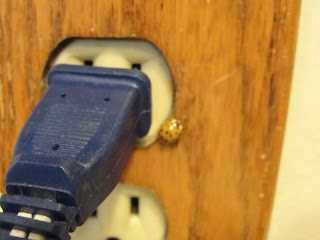 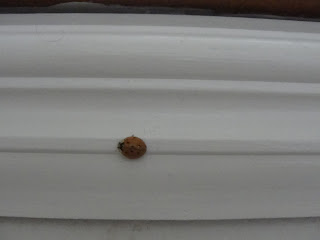 Insurgents permeating every inch.
(This trickster can even walk upsidedown). 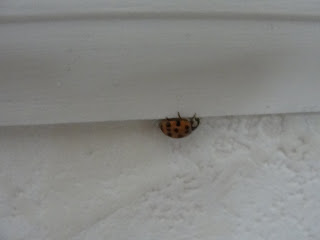 Laying in wait for the resident fan addict (Daddio who has fans running 24/7 x 365) to grab the knob. 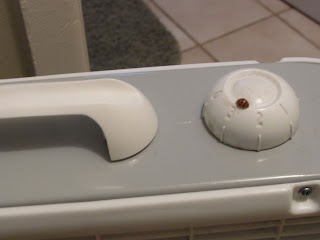 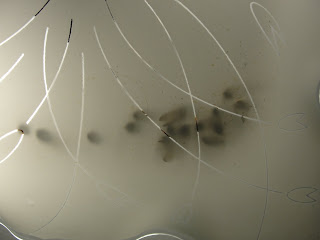 One stays on the outside as a lookout. 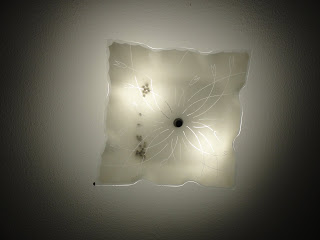 Teetering on the edge. 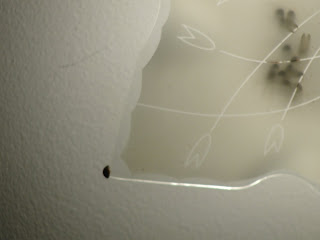 On my hand cream...inches from my toothbrush. 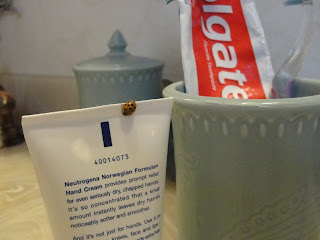 Right next door to the thing I put in my mouth everyday.... 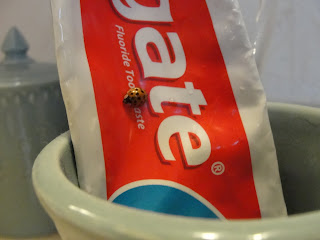 Camouflage??? Yikes!!! The bug is adapting to its surroundings. 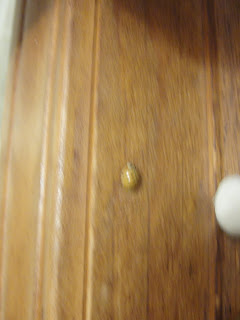 Bear tried to tell me that Hugo Stiglitz did more than just dirty his cage and run all night on his red wheel.

Can't you just hear the Jaws theme playing in the background? 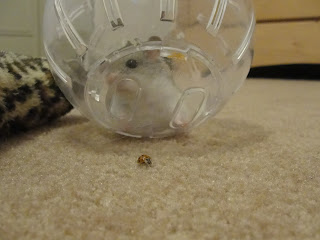 Lucky for the bug Hugo's Attention Deficiate Disorder kicked in helping him to lose interest. 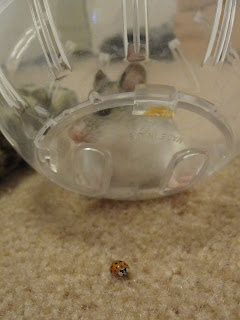 Hugo heard the barking dog and in a tragic turn of events he became the prey. 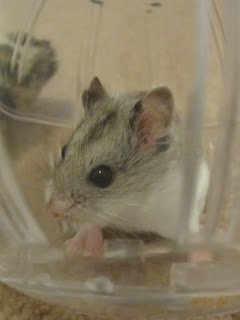 Labels: Bugs, Survival of the fittest