I've spent countless hours as a spectator in the stands, on the bleachers, at the sideline watching my boys play sports.

I've had moments of such intense pride that I thought my brains would shoot out of the top of my head, fireworks style.

Brain splatter that sparkled and sizzled and popped. In yellow and red and purple and blue.

I've also had seconds (that felt like hours) and minutes (that felt like whole days) when those fools have embarrassed the holy crap out of me as I sat in the bleachers trapped like a deer in the headlights.

Last night was one such night.

Now, I know I have an over active imagination and that in reality I'm totally making this worse that it probably really was...but still.

I wanted to slip through the slots in the bleachers and fall to the ground where I could slither out the back, unnoticed.

It was early in the fourth quarter, and my ball player was not on game. He'd been displaying signs of frustration and frankly this mama was getting worried.

The kid can be a loose cannon.

Daddio could squeeze his neck or pinch his ear and bring him back to reality when he began to unravel.

When he was just about ready to blow...which he did every chance he got.

"WE SUCK" he would scream at his teammates when they were losing games.

"WE ALL REALLY SUCK" he would yell at the little angels sitting, saucer eyed on the bench waiting to be put in the game.

"YOU'RE CRAZY" and "YOU NEED GLASSES!!" he would bellow at the refs when they called a foul on him.

I could have written a book "Tales of a Fourth Grade Poor Sport".

Last night early in the fourth quarter the cannon shot.

A foul was called and it was on him.

I could see the fire starting to shoot out of his eyes.

I could see the look of disgust on his face.

And in slow motion I could see his mouth open.

I didn't need to hear the words that came out...they turned the air blue.

And a hush came over the gym.

And all the other mothers looked at me.

"How could she raise such a heathen?"
"Where did he learn language like that?"

"That is why some animals eat their young"
"That kid needs some medication"
"He has a working mother, you know"

The other team got to shoot 4 baskets. And then had possession of the ball.

By some stroke of luck the shooter missed all four shots. And they turned the ball over.

When my kid came to the other end of the court I caught him looking at me, he looked embarrassed and sad....I smiled back at him, there wasn't much else I could do.

"Fluck it", I told Daddio when we got into the car "its just a high school basketball game". 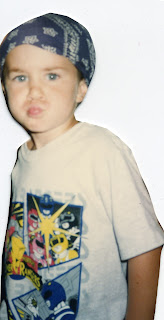