Yesterday was a day I'd been dreading for weeks...

My anxiety was so bad I was up at 3am thinking of ways in which Murphy's Law was going to ruin my life.

We would run out of food, the tables holding the vats of delicious soups would buckle under the weight of said soups and the whole damn thing would fall to the ground, all 15,000 ounces of soup on the floor.

And when I prayed that image out of my head, another took it's place.

A hair, a looooooooong seemingly never-ending hair being pulled (slow motion) from the CEO's mouth.

(And of course, he'd be addressing the huge crowd from a podium, atop a large stage so everyone in the place would see him attempt to extract the hair that had wrapped itself around his uvula. He'd cough and hack like a cat)...

Ohhh my goodness, such silly thoughts.

Okay then...maybe one of the thugs would tell one of the guests to F*** off...ahhh, yes, now that could happen.

Now were on to a bona-fied worry.

When I finally lifted my sleep deprived weary can out of bed to begin my day the real anxiety set in.

Like a big, overfilled, about to explode teen pimple my neurosis threatened to pop and spew pus yellow all over everywhere... (yuck, I know, but that is how I felt)

I gave the loveables a speech about how they were a reflection of me and my program. How they were to put away all cell phones ("God help the fool who takes out his phone in front of me" I told them). How I expected them to be mature, and not to swear, no matter how mad or frustrated they got...

The speech was long (and probably very very annoying).

So the loveables and the other staff and I put the finishing touches on our event.

Around this time I could feel something very strange starting to happen...

The loveables weren't as unhappy as I thought they would be when I handed them the serving Chef's coats I wanted them to wear.

And they actually agreed to wear the white Chef's hats I handed them too.

Then they smiled and mugged for a couple of pictures.

(And no one flipped anyone off...WOW)

A couple of loveables were situated behind the two long tables of soup.

Ladle and smile I instructed.

Another couple were seated behind the cupcake table.

Describe the various flavors and smile I instructed.

One loveable had to be sent home....

His "fu** you dawg, I ain't doin shi*" directed toward me when I suggested he listen to the other staff sealed the deal..

"Buh bye (dumbass) we don't need none like you around here today pal."

One loveable had to leave...

"I just puked in the bathroom" he told me, looking pale and feverish.

"Go stand over there" (in Ohio) I said pointing toward the door.

One last loveable sat out in the hallway, dressed in an outdoor hoody and a vest, with his cell phone in his hand... his rotten mood spilling out and threatening to ruin what was turning into a perfect day.

(Anyone got any superglue..? I wanna make sure this dufus stays put!!)

We left him alone.

One loveable I asked to be The Dining Room Manager.

Do you know what it feels like to get a home run, a three pointer, a field goal and an Academy Award all in one day...?

The Dining Room Manager marched this amazing group of loveables into MamaBethKoby's heart for all of eternity.

He charmed the crowds as he described (in wonderful CORRECT yummy sounding detail) the 6 different soups.

He walked around table to table and spot checked on the eating guests.

He delivered forgotten napkins and he wore a bar towel on his left shoulder, just in case he witnessed a knocked over.

This kid STOLE THE SHOW...

Have I died and gone to Heaven...?

Surely I must have.

Because this was one sweet azz day....! 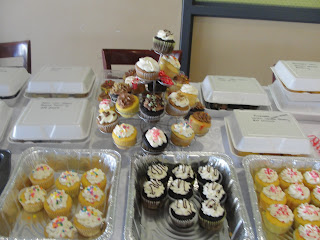 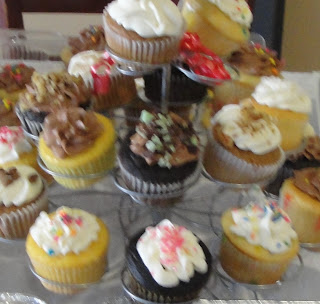 Thank you for listening....

Labels: My loveable thugs, My loveables stepped up and stole the show, When things go the way you never in a million years expected they would