The more things change the more they stay the same...

This holiday season goes on record as being the weirdest one ever.


We didn't see anyone except our little family of five, plus the sidekicks.

It started with Thanksgiving...when we made a change of plans, which fell through.

But that didn't change things back to "normal".

A few weeks later I went perfect tree shopping all by my lonesome...(it was lonesome).

You know how people can accidentally get a larger tree because in the great outdoors (Lowes garden center) they look much smaller than they will when in your house?

I tried not to do that.

I carefully considered watching Daddio (Scrooge McGrinch) wrestle a huge tree into our tiny stand (ohhh, the thought of all that cussing and throwing of sharp tools had me being very careful)

I worried that with a big tree he would have to drill holes in the wall to attach wires to help hold it up (that kind of crap really leads to the bad words being flung about).

I was positive a big one would drop buckets full of needles that would hide deep in the carpet only to resurface and stick themselves into the softest part of Daddio's big toe sometime in July.

I took all those things into consideration when choosing the perfect sized Christmas tree.

You can only imagine the ribbing I've taken over the tree I picked, which Googie (4'11") can touch the top tip of, standing flat footed.

So the tree looks like a short, fat pear.

On the plus side, it should only take about 2 minutes to put away all 6 of the ornaments adorning it.

So the tree doesn't really live up to any one's expectations of a perfect one.

Any one's but Daddio's.

He's taken this as a sign that were moving in the direction of next year having a fake tabletop one.

So a different than normal Thanksgiving and a smaller than average Christmas tree started it all....

We didn't see my Dad and his sweetheart on the 23rd.

And we didn't party like it's 1999 with the rest of the gang yesterday.

As a family we've suffered some this holiday season.

We've suffered attacks of the heart and gallbladder.

Thank God though we are a strong bunch.

And have managed to do just fine amidst the many changes.

Things change and it really is okay.

Everything was different with our holiday this year.

Everything, except my Christmas cards.

As usual, I forgot to send them.

Merry Christmas....here is your card. 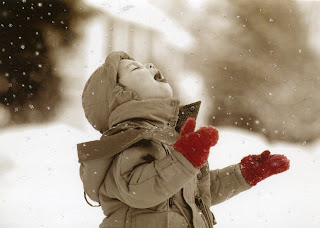 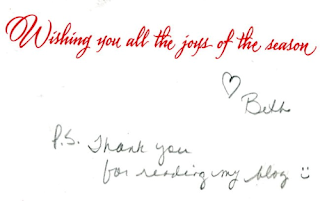 Labels: Better late than never, Expectations don't always live up to your expectations, Fat, pear shaped things, Seasons change and so did I, The more things change the more they stay the same