Tomorrow is the day they take the little spot of the BIG C off of Daddio’s darling handsome face. I know he's very worried, he hasn’t said so much, but I can tell by how he is acting that he is stressed.


I have been bugging him for over 20 years to let me go with him when he exercises. He either rides his bike or he takes looooooooong walks (like over 6 miles). And he walks really fast. Since I don't like to sweat and I am rather wimpy when it comes to most things physical he usually says to my pleas to join him "hell no, you’ll never be able to keep up, go play on your computer or call your sister", but the last three nights he's invited me to go.

Last night he almost left without me; I was taking too long to get ready. I had to dig out my shoes, pee, find some gloves and my earmuffs (never mind that it was almost 60 degrees, a girl has got to be prepared), put on a hoody, then a coat, and then I peed again. I started getting warm after going pee for the third time and had to ask him to wait, just one more sec for me to take off the hoody.

“Too many layers” I explained when he rolled his eyes.

I hesitated before walking out the door; Daddio noticed and asked “What?”

“I may have to go pee one more time” I answered.

I knew he was trying to prove a point (that I can't keep up) when he started off toward a path that I know to be long and treacherous…I didn’t say a word. Not even one. I just walked.

He is getting used to me being next to him. We don’t talk much while we walk, Daddio because he just doesn’t talk much, and me because I know I need to stockpile my air since I have no clue how far he is going to make me walk.

Before long I’m sniffling, and I’m unprepared, I rifle through my coat pocket and come up empty handed…no tissues, no gum wrapper, nothing, not even a tiny ball of lint.

Daddio notices me sniffling and when I say “Oh man, I may have to shoot off one of those snot rockets the kids are always talking about”.

He reached in his pocket and fished out a tissue, “I figured you’d need one, either to wipe your nose, or your butt, in case you had to pee again”.

I was impressed that he thought of me.

He took us on a very dark path, where there are no street lights or even any houses.

He stopped abruptly and whispered “can you see all those deer?”

The guy must have eyes like a cat, because I couldn’t see a thing in the pitch black.

I was scared and I reached for Daddio’s hand. He let me grab it and hold it for a long time. He usually isn’t one for public displays of affection, but it was pitch black and nobody was there to see him do it.

I knew Daddio was worried too when he said things like “I hope there’s not a big buck in that herd” and “Next time we need to bring a flash light so we can see what’s coming at us”.

When we finally got to a path with some light, both our cell phones start ringing. We each had a son calling. Of course the calls came with some drama. Not too much, but enough for us both to be kind of irritated.

“Next time we leave the phones home” Daddio said with a laugh.

We walked on and when we got near to our house Daddio said “I think you may soon be ready for the big one” meaning one of his big long over 6 miles walk.

Lying in bed last night I got to thinking about our walk.

With 100% percent certainty I can say that there are going to be many more times that I keep him waiting. And that I will be unprepared and struggle to keep up with him. (I will always be grateful that he anticipates my needs; today I would have been mortified at having to launch a snot rocket in front of him).

I will say that for sure the kids are going to cause a fair amount of drama and stress in our lives, but probably not so awful that we can’t later laugh about it,

And as sure as the sun is to shine I know that when it’s dark and scary in our little world there will be a strong, loving, comforting hand always within each other’s reach.

(A little PDA, notice the hands) 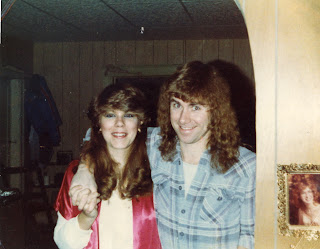 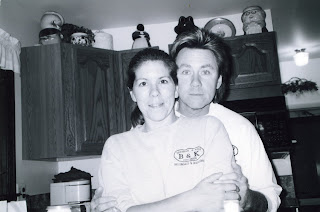 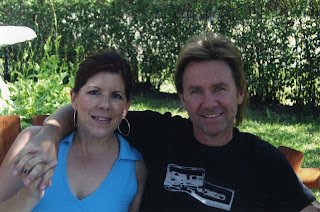 Labels: Daddio and me